Sara is intrigued when her ex-colleague, Matthew, invites her out for a drink. Is it a date? A friendly catch-up? Or something altogether different?

In a garage at the end of the night. Through the dawn and dusk, a beautiful woman is walking towards her car. There are also three men, robbers who decide they want to have some fun. But this is only a minor problem...something else is hiding in the dark. Something much worse! 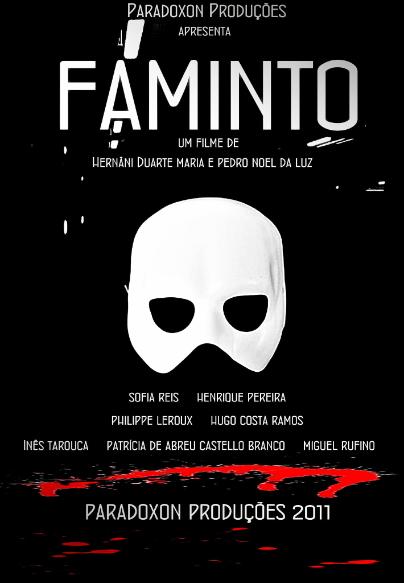 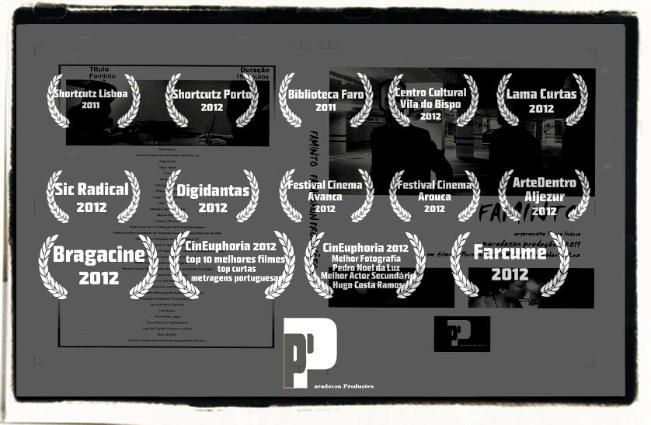 Narrowly avoiding jail, new dad Robbie vows to turn over a new leaf. A visit to a whisky distillery inspires him and his mates to seek a way out of their hopeless lives. 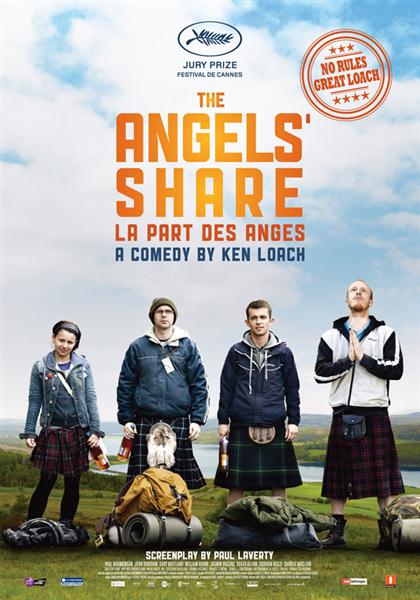 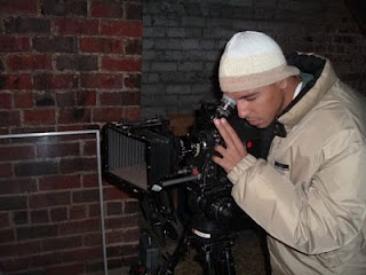 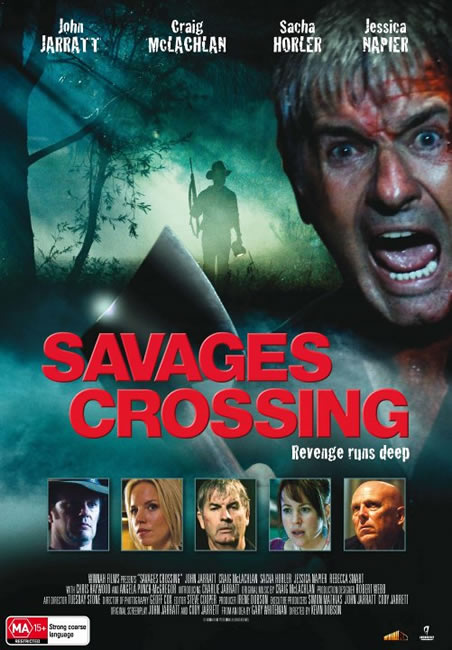 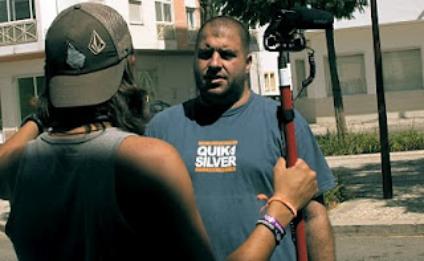 Tomás and Sofia have been married for five years.

He works as a cartoonist in the local newspaper. She works in a hotel. Tomás dreams of being an artist. But he lacks the inner strength to achieve it. Raul, his best friend and his "Guardian Angel" insists on the highest quality of his paintings. But when everything seems to be happening, Tomás enters in an emotional crisis that keeps him increasingly apart from Sofia into a point that she does not recognize him anymore. Sofia begins to lose her mental sanity. She starts living in an unwanted isolation. In her dormant mental state, she begins to feel bad about what she discovers inside of her...She feels something evil coming closer and closer to her. Sofia realizes that her life became something that now she can not control anymore. Two parallel stories about two persons that look for each other but simultaneously fear one another.

(Presence of the Director João Marco and A new mysterious short film. Who is Auguste? 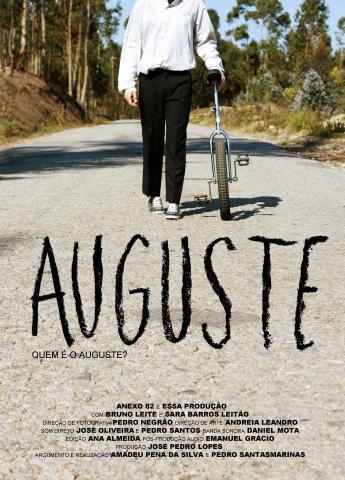 http://www.imdb.com/title/tt0070423/)
Students have been going missing from the local college, and the one person who knows what's happened to them is Dr. Noller, a rogue biologist. Not satisfied with the pace of natural selection in driving evolution, Noller wants to push things further by creating his own genetically engineered creations. Having already created some amazing specimins by mixing the DNA of plants and animals, the doctor has now set his sights higher, and want to work on modifying humans, as well.
Directed by Jack Cardiff 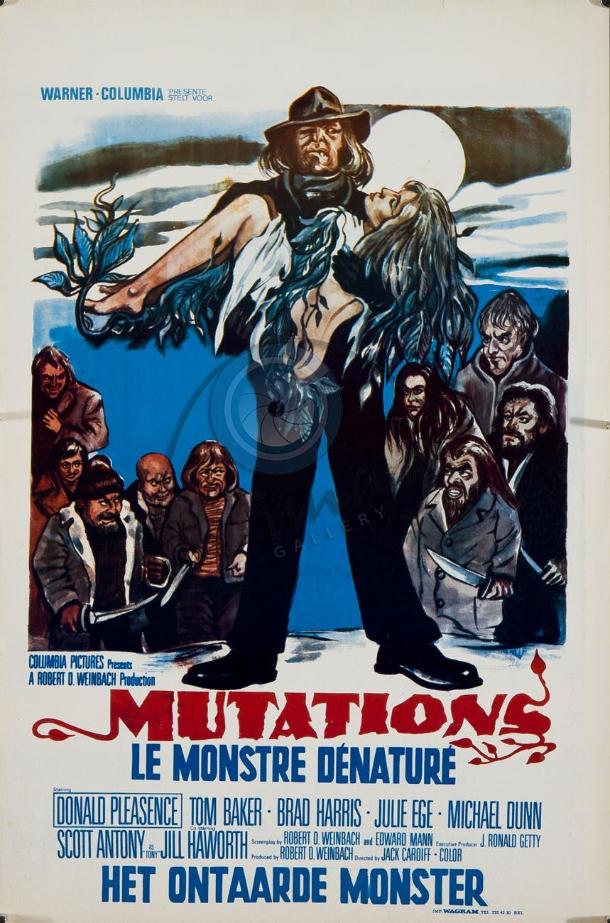 A young painter is looking for an art gallery to do his first exhibition. However, things are not as easy as they seem, sometimes art can be found where no one expects.

Portugal, 1920. Florbela Espanca a woman ahead of her time and a famous poet, throws herself into a third marriage after two failed experiences. She believes that to please the new tender man in her life she has to act as a traditional housewife. So she stops writing but soon feels restless and frustrated. When her brother Apeles calls her to Lisbon she runs away from her too quiet home to join him. Together they throw themselves into the dark side of the capital: alcohol political riots open air balls and their strong mutual attraction.Florbela finds herself torn between two forces: the love of her husband and the turmoil brought by Apeles. When the latter dies, piloting a plan, her world collapses

Only one thing can save her: writing.

Directed by Vicente Alves do Ó 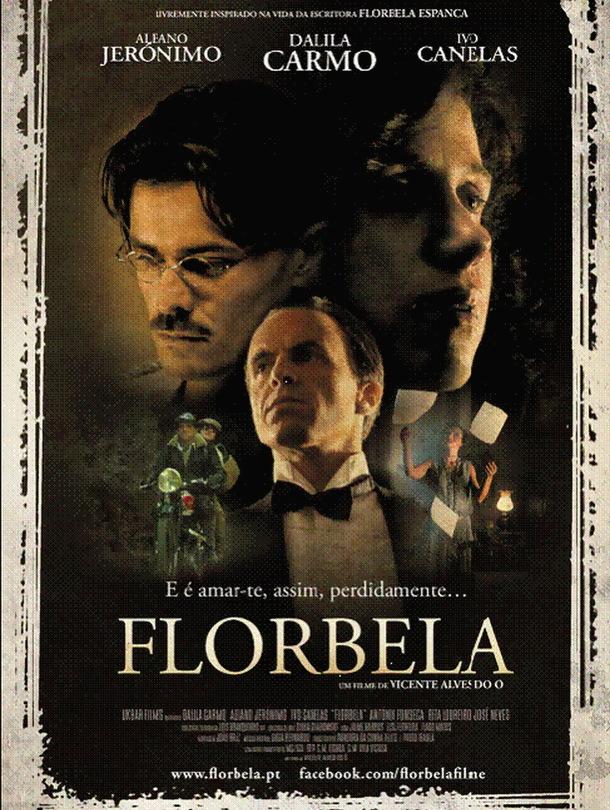 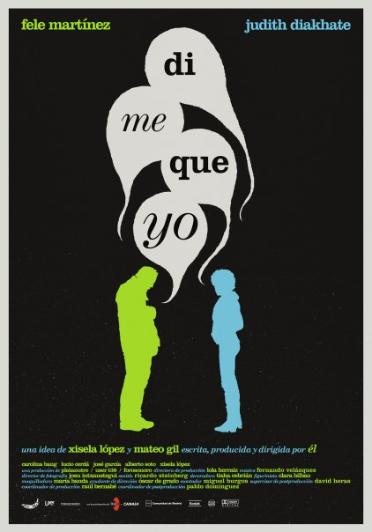 Filmed in during the 9th BRAGACINE

In BolIvia, Butch Cassidy (now calling himself James Blackthorne) pines for one last sight of home, an adventure that aligns him with a young robber and makes the duo a target for gangs and lawmen alike. 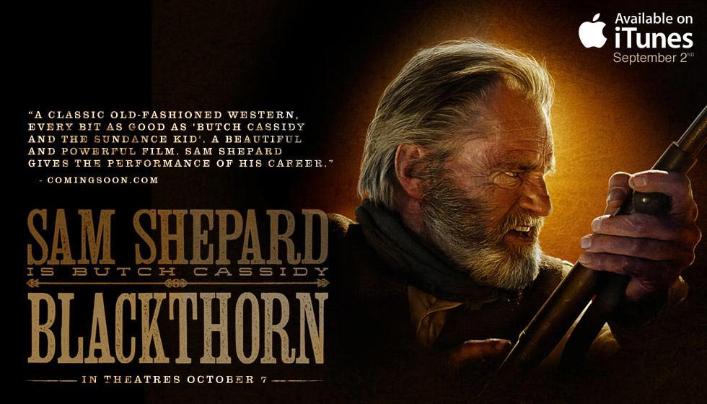 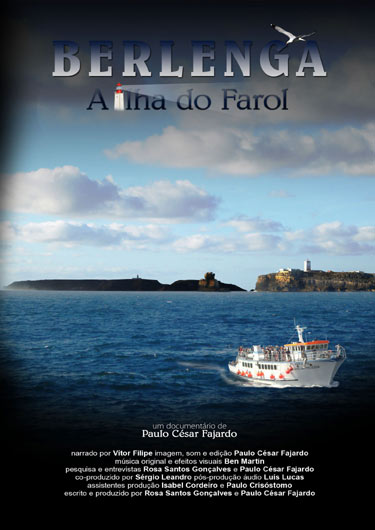 AMONG FRIENDS is a twisted horror about a dinner party gone wrong. Set against an 80s backdrop, good times take a dark turn when one in the group hijacks the evening in the name of Integrity. Through an attempt to help the others come clean about secret betrayals against one another, it's revealed who's willing to cut through the bone to expose the truth. 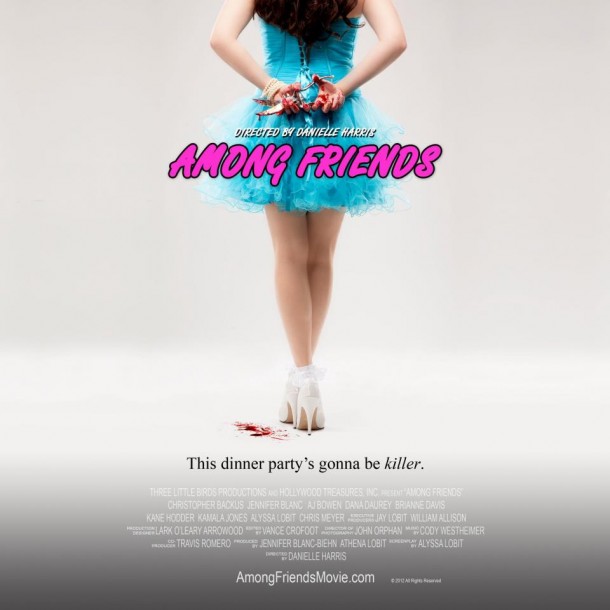 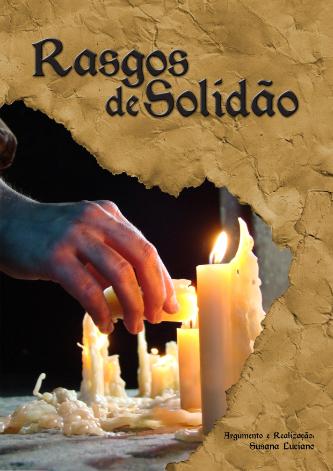 The consuming passion between Pedro I of Portugal and Ines de Castro is brutally interrupted when Ines is executed, as a consequence of political intrigue and in the name of the kingdom's interests. Pedro, cruelly hurt, pursues the single-minded purpose of avenging his lost love. He captures and kills the executioners, and compels the nobility to acknowledge Ines as his lawful wife and Queen of Portugal. 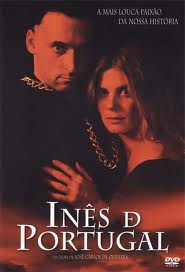 Lisbon, 1910. Pedro Mello is a 30 year-old man with tough religious ideals and strongly devoted to the king of Portugal. But the Monarchy is being threaten by the increasing devotees of the Republic. Two days before the revolution, on October 3rd, Pedro decides to eliminate the main candidate to President of the first Republic of Portugal. 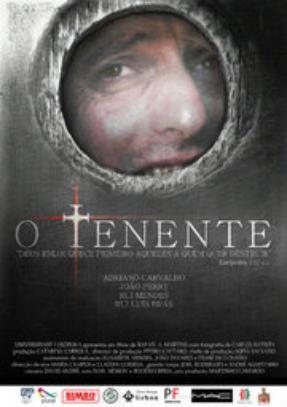 (Presence of the Producer Julio Casal) 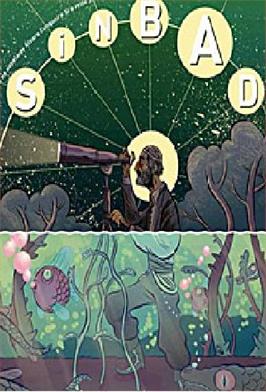 VATAÇA is a medieval evocation, inspired by the historical character of Lady Vataça of Lascaris.

Princess Vataça came to Portugal with Queen Isabel of Aragon for her wedding to King Dinis of Portugal (13th century). She died in Coimbra and her impressive tomb in the Old Cathedral of Coimbra is surrounded by double-headed eagles, symbol of the Lascaris dynasty and the Byzantine Empire. In this fiction, VATAÇA's passion for a young gardener is returned. In a parallel narrative, we discover their love, punctuated by some anachronisms. This love is represented by a dancer, Vataça's soul. Isabel tells Vataça that, by decision of King Dinis of Portugal, she will marry an old man of the court. Years later, Vataça and the gardener meet again. 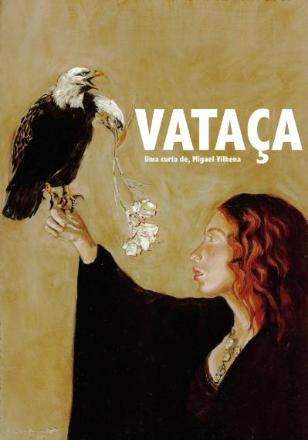 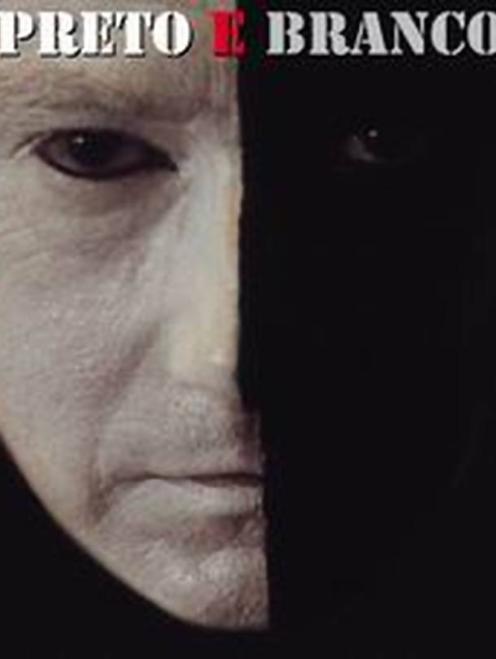 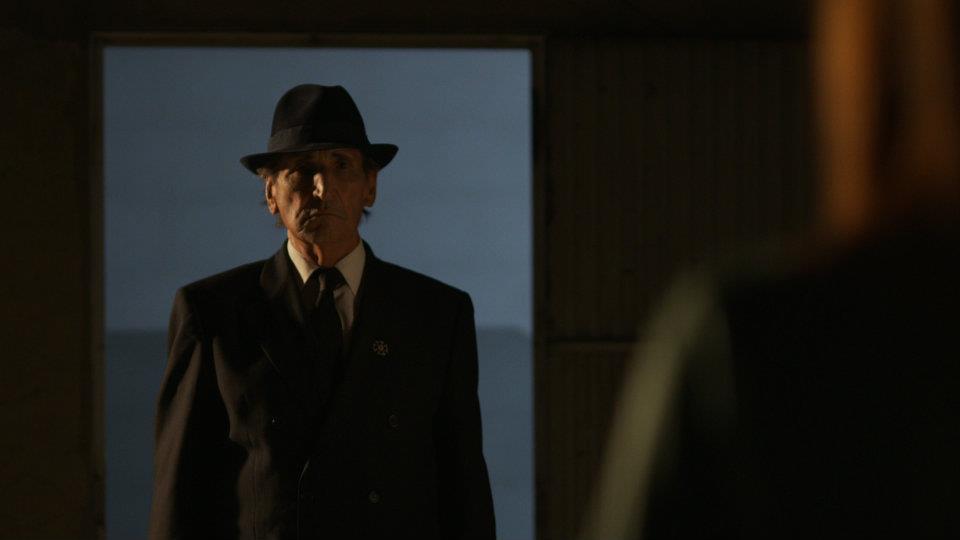 Wendy Alden, a young secretary in Portland lacking in self- confidence becomes victim of a savage killer who has claimed the lives of a number of other women. Somehow Wendy finds the resources of courage to fight back and escape.

(Presence of the Producer Robert Weinbach) 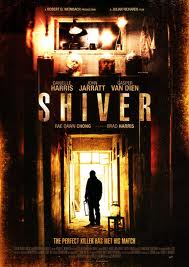 The short film began from an adaptation of the comic book "The Last Man" from the collection Y. It takes place in a near future, in the world where human clones and human fight for power domination. Dr. Teresa is about to give birth a child. She is accompanied by her assistant. Both look for Dr. Pedro for assistance. He refuses at first. 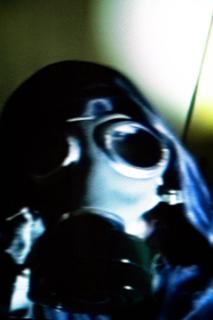 Nominated for an Oscar 2012 - Best Achievement in Costume Design

In 1998, an auction of the estate of the Duke and Duchess of Windsor causes great excitement. For one woman, Wally Winthrop, it has much more meaning. Wally becomes obsessed by their historic love story. As she learns more about the sacrifices involved, Wally gains her own courage to find happiness. 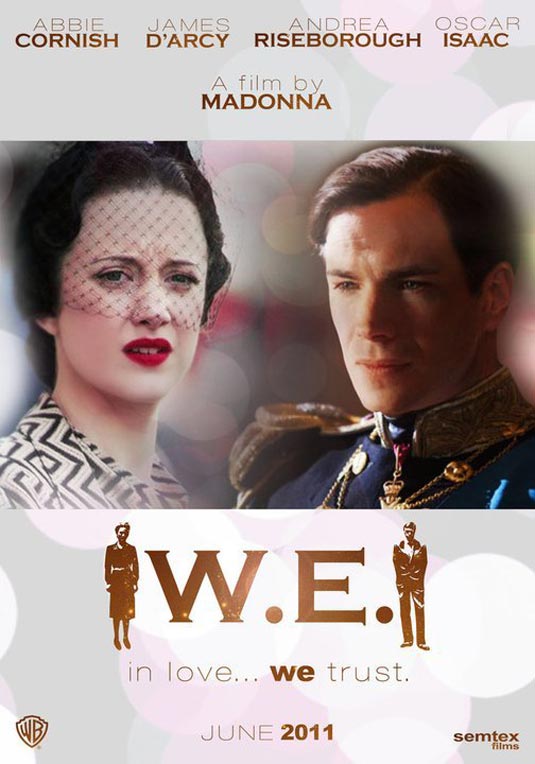 Winner of the Best Short Film of the 10th BRAGACINE Edition

Winner of Best Feature Film of the 10th BRAGACINE Edition